The British submarine HMS-18 was lost during the first world war.. 93 years later it is discovered in the baltic sea with no clue about what the fate of the crew was.. This is the story about that crew and their spectacular fate.

Tales from the void is a tactical-action game starring WWI divers sent to a foreign astroid field where they must rebuild and salvage whatever they can in order to get back home. The game plays on two different levels; as the player you must manage the resources of the submarine (ait/food/crew) and make sure you don’t run out of either, while at the same time bringing crew down to astroids in order to slavage materials and debris from the accident that sent you there.

The missions on each astroid plays like a short session where the player takes control of 5 crew members. The player must now direct the crew indirectly by drawing the route they should walk with the cursor and selecting which enemy the individual soldier should attack. The game features multiple different weapons found through looting the atroids and a wide range of tactical approaches to each situation. 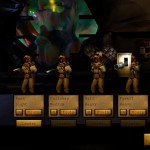 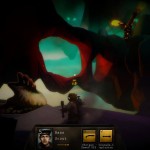 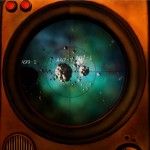